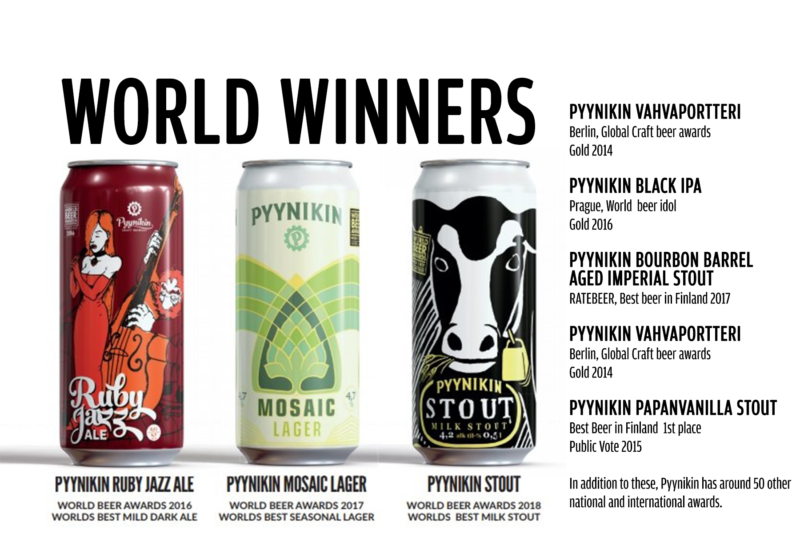 Thanks to our massive volcano-like innovation and foreseeing abilities, we are able to produce huge amounts of great stuff! Yes beer and other things.

On 2014 the original brewery had a fire, which was right in the middle of our massive expansion, it was devastating to our business and operations. But just days before, we had sent our porter beer Vahvaportteri to take part in the beer competition held in Berlin; turned out being chosen as the best craft porter in the world!!

After big media publicity, everyone wanted our porter, receiving a huge amount of pre-orders  made us receive funding from the bank to start brewing again.

During 2015 we acquired more equipment for brewing beer.  With the equipment, we were able to multiply our production compared to earlier. On the same year, we launched the first Finnish multipack, Sessio Sixpack, including six different craft beers. This was a huge hit and gave us great visibility within Finland.

-In 2017, we won an international prize again. This time we won the World’s best seasonal lager beer with our Mosaic-lager in London World Beer Awards.

We have received numerous other international and national awards with multiple other products as well. Many things have been done correctly. We have been the forerunner in the Finnish craft beer market, all the time inventing new items, been active with our shareholders and continuously looking for ways for internationalization. This is what we have done and our journey will continue.