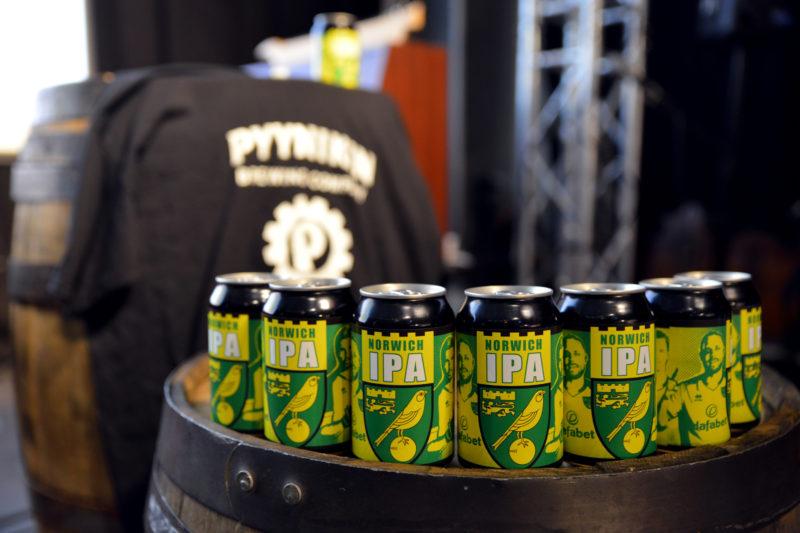 Norwich City’s very own beer will be flowing into shops and restaurants at the beginning of March. While waiting for their own beer, the club officials arrived to explore our brewery’s facilities, the brewers and, of course, the beers. “We are very proud to work with you,” said Sam Jeffery, director of commercial operations at Norwich City to Tuomas Pere, beer master and founder of our brewery.

Within a month or so, Norwich IPA cans will be moving to Finnish supermarkets and restaurants, especially bars. The first batch has already been sold. However, Norwich IPA will not only remain available to Finns, but sales will also be immediately directed abroad.

The partnership between Pyynikin Brewing Company and Norwich City came from the idea and suggestion of i2, a marketing partner of the club. “Last year the club started looking for partners in Finland when the hype started to grow here. I have followed Pyynikin activities and international success for a long time. I also knew that Pyynikin was an agile company that could make quick decisions” revealed Pasi Ikkala, the company’s marketing director when shedding light on the background of the collaboration proposal. 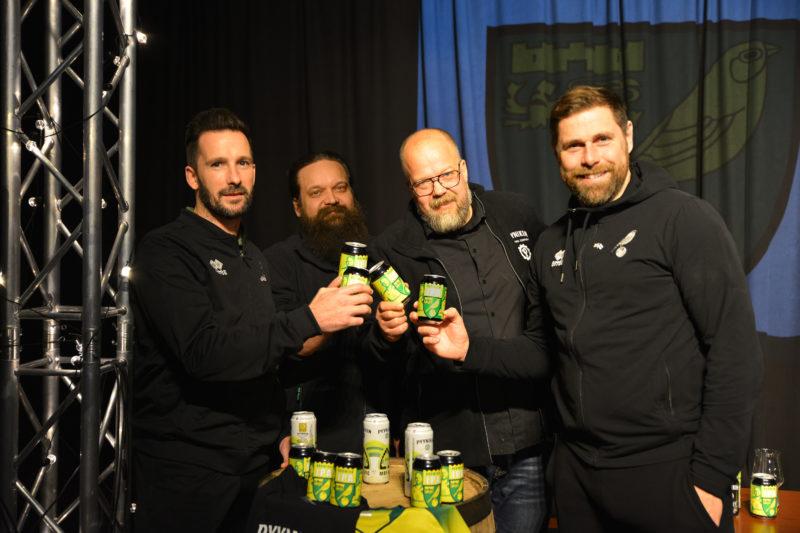 The result is a British-style session IPA made with Target, Citrus and Mosaic hops. “With this beer and cooperation, our relationship with the UK will be strengthened. My own brewing history, my training, and the brewery’s first brewing equipment are all very English”, Pere described.

The result of the collaboration is not just a malty drink, as later in the spring we will also make a Norwich lemonade.