Pyynikin is buying the third largest brewery in Estonia 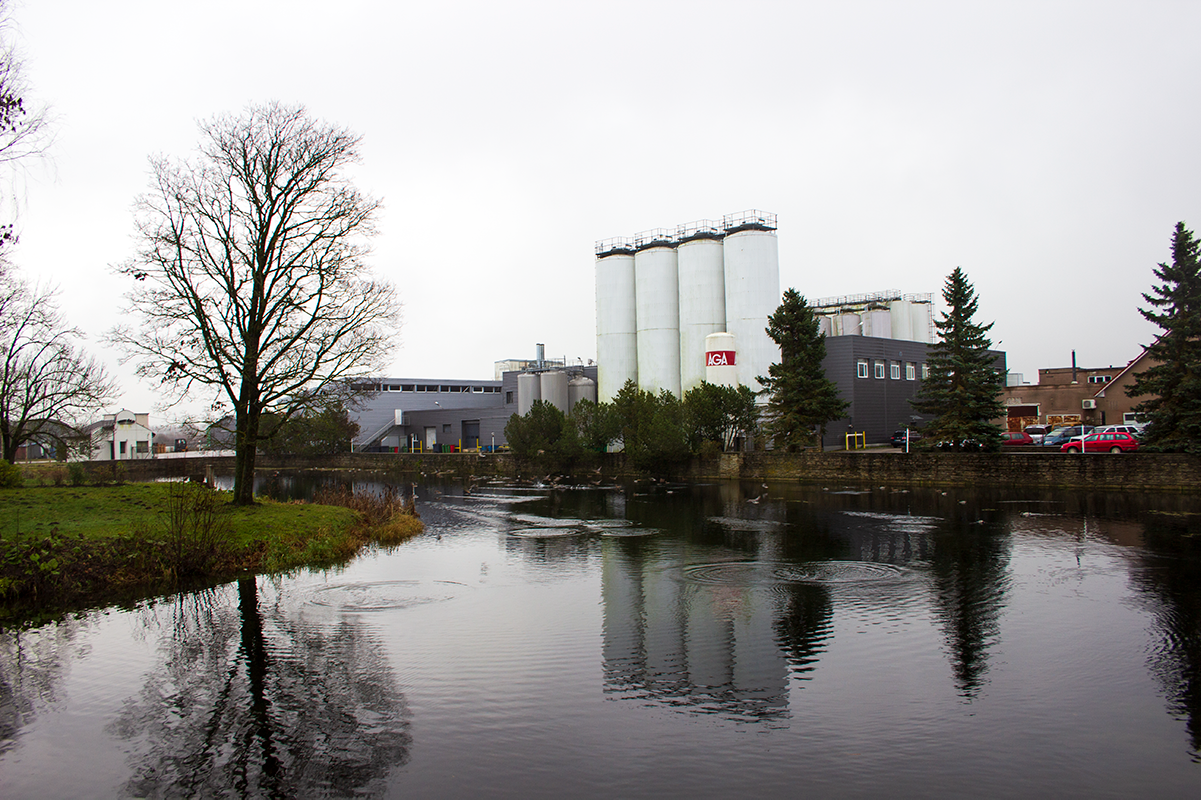 Pyynikin has made a preliminary agreement for the purchase of real estate and equipment for the Estonian Haljala brewery. With the new brewery, the company will significantly increase its annual production. The transaction has no effect on the company’s domestic operations. The company’s main location remains in Tampere.

The beer factory in Haljala, north-eastern Estonia, is the third-largest in Estonia in terms of production volume and capacity. The brewery has been owned by the Danish listed company Harboes Bryggeri A/S for almost 30 years.

Haljala brewery has produced at it’s best of 20 million liters of beer a year. The total capacity is 30 million liters, including soft drinks, juices, and RTD drinks.

In addition to the brewery’s properties and equipment, the deal includes four hectares of land, a state-of-the-art laboratory, and transportation equipment. Harboe’s Estonian brands and the brewing company AS Viru Õlu are not included in the agreement.

“Our production has grown at a rapid pace in recent years. We have been feverishly looking for more capacity as we have not been able to fulfill all our orders. Delivery problems have hampered our business and slowed down growth”, says Tuomas Pere, founder of Pyynikin Brewing Company.

We urgently needed to find production space and manufacturing capacity. For the currently started year, the need has been to increase production by at least 80 percent, which means about two million liters in the manufacture of beverages.

“We tried to find a partner and production-ready capacity in Finland, but we could not find one. After that, the gaze was forced to turn abroad. Fortunately, a fit brewery was found in the neighboring country of Estonia”, says Pere.

Haljala plans to make soft drinks and beverage mixes as well as other volume products. The company’s product development, marketing, sales, and administration will remain in Tampere.  Beer production in Tampere will remain at a similar level.

The acquisition of Haljala brewery has a large employment impact

The acquisition of Haljala brewery serves in particular to the export of Pyynikin Brewing Company’s products abroad. First, the brewery will fill the order shortfall alongside Finland and in European countries. In recent years, beers have been exported from Tampere to more than 20 countries across Europe, as well as to China and the United States.

In recent months, Haljala has had seven employees in charge of soft drink production and testing equipment. The acquisition of the brewery will quickly double the number of employees for Pyynikin.

“Initially, we will hire about 20 people in Haljala. This will get us started and the goals for the first year will be met. We are aiming for strong growth in the Estonian production. When the factory is running at full capacity, we will hire more people”, Pere calculates.

“Deliveries of our first soft drinks made in Haljala to Finland will start this week. We have gone through the manufacturing process of beers and other beverages and tested the equipment. Our intention is to drive the whole brewery up from the beginning of the year”, Pere calculates.

Products made and packed in Estonia are marked separately that they are made in Haljala.

In recent years, Harboe had renewed almost the entire production of the Haljala brewery. A modern brewery also suitable for the production of Ale beers has been built from the old lager brewery. The equipment enables the use of various forms of packaging, such as glass and plastic bottles, as well as the dispensing of beers into kegs.

The production and packaging line for PET plastic bottles was already installed in 2003. Haljala was the first Estonian beverage manufacturer to receive the ISO 22000 standard related to food safety in 2010.

“The equipment is partly old but kept in good condition. We will be renewing our kitchen and refrigeration systems in the next few years. In addition, we improve the condition of the buildings in accordance with the condition survey”, says Pere.

The laboratory is in good condition and the water in the brewery is downright excellent. It allows you to make a wide variety of drinks.

“Especially in front of water quality, a lot of work has been done in Haljala. The water used by the brewery comes from a depth of up to 180 meters”, Pere reveals.

Haljala is a new destination for Estonian beer tourism

Tuomas Pere openly praises Haljala’s Estonian brewing professionals and Harboe’s brewing expertise. The reception has been very positive both in Haljala and in the whole province.

“The continued operation of the brewery is nice and outstanding news, which the whole province is happy about. Last year our economy in Estonia and the Rakvere region crumbled. New jobs are welcome”, says Einar Vallbaum, Chairman of the Lääne-Viru County Government.

The municipality of Haljala and the brewery are very well connected by the motorway to Narva. The distance to the city of Rakvere is only 10 kilometres and to Tallinn about 90 kilometres. Nearby are the popular tourist destinations of Lääne-Viru County, Lahemaa National Park and Vihula and Sagadi manors.

“At its best, the local brewery is an attraction that is reflected in the tourism industry. We will certainly offer a hand in cooperation. Maybe the manors and inns will start ordering their own specialty beers from Haljala”, envisions Vallbaum, who is also a former member of the Estonian parliament.

As soon as Estonian Covid-19 restrictions allow, the taproom and beer shop will open in connection with the brewery in Haljala. The goal is to attract the flow of tourists to the Haljala beer estate in the future. Pyynikin already has popular taprooms in Helsinki and Tampere.

“Our plans are to immediately open cooperation with tourism companies and organizations in the region. It would be really great to be a part of the region’s traditional and multi-service tourism complex”, Pere glows.

The Haljala brewery has a glorious history

The roots of the brewery date back to the Viru collective farm in Haljala, which established a brewery near Rakvere in 1975. One of the goals of brewing was to raise money for social destinations, such as schools.

At the time of Estonia’s re-independence in July 1991, the collective farm brewery was formed into AS Viru Õlu, which was owned by the Danish Harboe Bryggeri. European know-how guaranteed the uniform quality of Lääne-Viru beer.

In 2005, the brewery produced 16.5 million liters of beer. At that time, Viru Õlu’s market share in Estonia was 13 percent. Well-known beer brands over the years have been e.g. Puls, Wiru, Frederik, Bear Beer, Palmse and Toolse.